Home » Why Does Depression Look Different in Men and Women?

Have you ever felt sad or hopeless, sometimes for no clear reason? Maybe you’ve lost interest in activities you used to love? You might have found yourself waking up exhausted, or having a hard time concentrating on your tasks.

If so, you are not alone. These are core symptoms of depression: symptoms commonly found in both men and women. But mental illness varies from person to person, and depression looks different in every single case. Sometimes, symptoms vary between men and women.

The main reason why women are twice as likely to experience depression might be due to intense hormonal changes. These tend to happen during pregnancy as well as menopause. Postpartum depression is not uncommon in women, even if one does not have a prior history of depression.

As was previously mentioned, men’s symptoms tend to be more on the side of anger and irritability, of recklessness and reliance on alcohol. This might be for a variety of different reasons. In Western society, women are usually encouraged to express their feelings more than men. Men are instead pushed into finding alternative ways of coping that don’t involve talking about their emotions.

There’s also the idea that a lot of times, the irritability and recklessness associated with depression in men might be dismissed as personality traits. If a man is considered irritable or reckless by nature, then people feel no need to look deeper. They don’t feel the need to find out whether an underlying problem like depression is what is causing these reactions.

Lastly, as far as the suicide statistic goes, this might be because men don’t get treated for their depression. If their symptoms aren’t recognized, then they can’t access the mental healthcare they need. This leads to their depression becoming severe enough for them to go through with committing suicide. 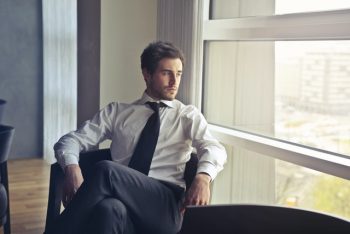 Another possibility is that, if men are diagnosed with depression, they might not want to be treated for it. Therapy has a history of being stigmatized, and men are usually discouraged by society to seek help when they need it. They are taught to be entirely self-reliant. As a result, they might not see this kind of treatment as necessary, even though it very much is.

Men might also feel pressured to omit what symptoms they may have. Women, however, are able to notice and share these symptoms more freely with their healthcare provider. This is based on the idea that men need to be strong at all times, which in turn is pretty detrimental to their mental health.

Whether your symptoms align more with irritability and recklessness, or with its more hopeless, apathetic side, it’s important to know that depression is an illness that can be treated. With treatment, symptoms can lessen significantly, and sometimes the client may even achieve recovery.

So, if you find yourself experiencing symptoms of depression, don’t be afraid to seek professional help. Regardless of which side of the gender divide you stand on, it is possible to get better. You just need to be willing to seek help and put in the work. Connect with us to learn more about how depression therapy can help you.