Home » Why Are Women the Ones to Often Initiate Divorce?

Have you ever noticed that in cases of divorce, women seem to be the ones initiating the proceedings instead of men? In heterosexual marriages, nearly 70% of divorces are initiated by women.

Have you ever wondered why there is such a big difference between men and women? Have you wondered why women initiate divorce proceedings much more often than men? Here are a few reasons that might clear up some of those doubts.

What doesn’t help is that husbands can sometimes be unsupportive of their wives if they happen to work high-paying jobs. Housework is not equally divided between partners, and on top of that, women don’t feel supported in their relationships if they happen to be too successful. The fact that women might be more willing to get a divorce in these cases doesn’t seem like too much of a surprise.

Alongside the housework, women in heterosexual marriages are also expected to do most of the emotional labor in a relationship. Usually, women are raised to be more empathetic and more emotionally intelligent than men. This leaves them with the job of being the main emotional support of the family. This is exhausting work, particularly when done by only one person.

It’s also very isolating. After all, if the woman is the only emotional support of her family, who does she turn to when she’s the one that needs support? Once again, the lack of support may push the woman into filing for divorce. It might not happen on its own, but it still has a strong impact. 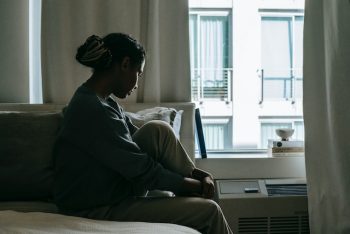 Issues in a Relationship

Women might be more aware of issues within a relationship due to how they are raised. They are taught to be more in tune with their emotions and more perceptive of the problems around them. That’s why they might notice some problems in their relationships that might not be evident for men who didn’t grow up with those lessons.

Alternatively, they might also notice that the way their husbands are behaving is not appropriate. Nowadays, women are less likely to tolerate unacceptable behavior, such as more controlling, sometimes abusive practices. If they aren’t treated with basic respect, is it really surprising that they’d be the ones to file for divorce first?

Of course, none of this would be possible without financial independence. Women work nowadays. They make enough money to survive on their own. It’s much easier to end a relationship when one has money to fall back on.

This wasn’t always possible before: when women were pushed into the role of housewives more often than not. But these days, it’s possible for women to leave a marriage without having to worry about finances, the way they would have to if they didn’t work at all.

So, What Does This Mean?

Of course, there is no sole reason why women tend to file for divorce more often than men. Marriages are complex, and so are divorces. If you feel like your marriage isn’t working, but you would like to attempt to reconnect with your spouse, then couples counseling might be right for you. It is possible to reconnect, to find that spark again. Couples counseling is ideal for people in that situation.

Alternatively, if you’re going through a divorce, or have finalized the proceedings already, then you might benefit from counseling too. Any period of change can be tough, but you don’t have to go through it alone. Don’t hesitate to seek professional help if you need it. Reach out to us for support.