Home » What Are Common Sources of Conflict for Couples?

It’s inevitable that at some point, you will end up arguing with your partner. Actually, arguing as a couple is so common that it is more surprising when a couple doesn’t argue.

Common Sources of Conflict for Couples

Not only is this common, but it is one of the greatest sources of conflict within a relationship. Many couples find themselves arguing about money over and over again. Why?

In most cases, a relationship will have a person who saves more and a person who spends more. It’s pretty rare to find two people who either save or spend. If that’s you, congratulations! 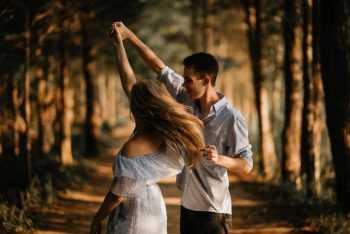 Sexual intimacy is important in a relationship. It is often a driving force that makes you two feel closer than ever before. But that doesn’t mean this comes easy for most.

This is another huge one and something couples will commonly argue about every single day. Yes, every day. It’s almost a competition, at times, of who did what. Or who didn’t do what when asked. Who’s doing more around the house. The list can drag on and on.

And even though sharing in household duties is important and it can feel imbalanced, it’s also one of the smallest, most insignificant things a couple will find themselves arguing about.

If they are raising kids together, a couple will also be more likely to argue over parenting styles. Whereas one parent may be stricter, the other one might be more lax.

Often, a couple will end up arguing because of emotional intimacy. One partner may feel as if they aren’t as close to one another. On the other hand, the other partner feels as if everything is fine.

This can be a big sign of a breakdown in communication within the relationship.

How to Break the Cycle of Conflict

This is by no means an exhaustive list of common reasons why a couple may argue. In fact, there are dozens of more reasons a couple may get into an argument. These are definitely some of the biggest, though.

But what can you do about it?

First, begin by openly communicating with one another about the things that are bothering you about the relationship. Positive change cannot happen if you aren’t acknowledging that there is something broken.

Two, listen to what the other person is saying. Communicating involves more than just talking—you have to know how to listen, as well.

Finally, there is nothing wrong admitting that you need extra support in your relationship. This is when couples counseling can be extremely useful in a relationship. Reach out to us today to learn more about how we can help you learn better ways to resolve conflict.